WHAT IS IT?
some fancy chocolate-coated peanuts in a little cardboard carton.

WHERE DID I GET IT?
well, when i was at the shops down the road buying my big plum, i stumbled upon the little clearance rack by the freezer section. there were a couple of packets of these peanuts marked down from $7. i actually kind of hate peanuts but i'm on a chocolate kick right now, they were cheap, and i love trying weird "gourmet" foods that're marked down because nobody wants them. so i bought them!

WHAT DID IT LOOK LIKE?
the packet was kinda nicely designed in that bland gourmet food way. i like how much more personality the clearance sticker has. 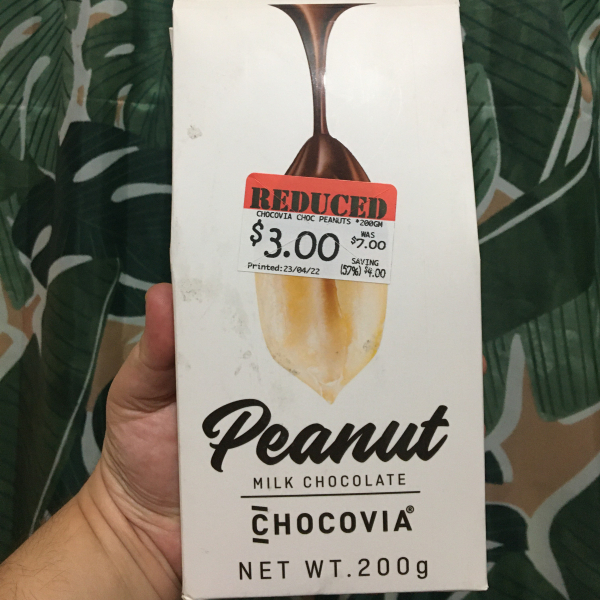 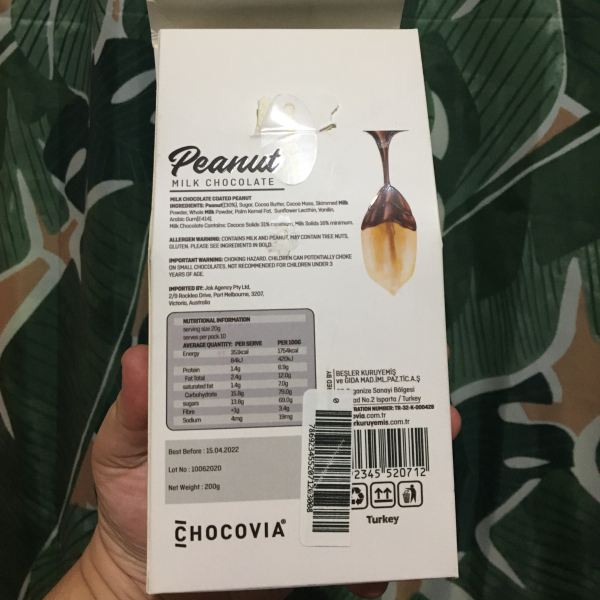 when i opened them, they had a weird yellowy-white film on them. i've only seen this once before on a gigantic chocolate egg i won when i was 9 and coloured in an easter bunny picture as part of a competition for some local real estate company and won. i ate a bit of it then left it in my cupboard and found it months later with that same weird stuff on it. i still ate that chocolate egg and i was gonna eat these too, but my sense of self-preservation has improved somewhat in the last 16 years, so i looked it up before opening the packet. 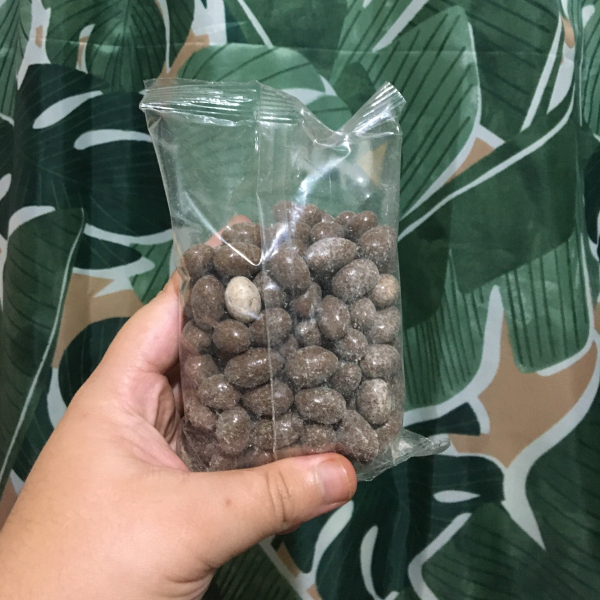 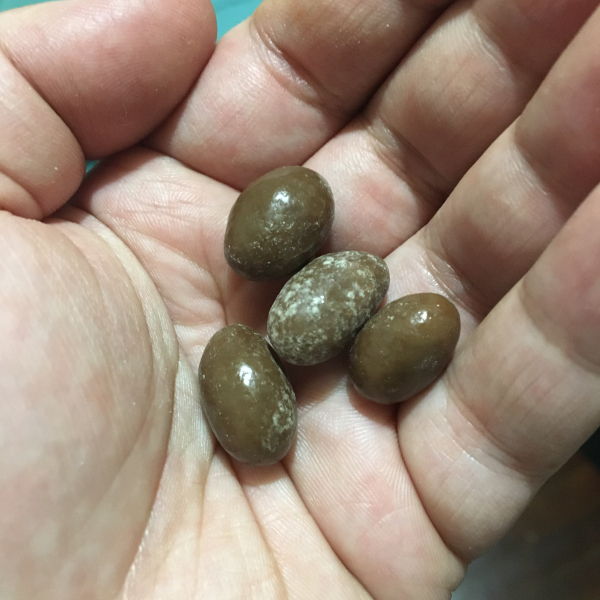 WHAT HAPPENED?
turns out it's fine! (NOTE: IT MIGHT NOT BE, I DIDN'T READ EVERYTHING.) it's something to do with the fat in the cocoa butter used in chocolate production kinda being pushed out over time i guess. ultimately they didn't taste that good on their own, but i put a few on top of some dairy-free ice cream i bought and that made them a lot better.

WHAT DID I LEARN?
i still don't like peanuts. they're so oily. the wettest solid food. also i guess the white stuff on old chocolate is the fat... doing something. i would've actually read more about it but i wanted to eat the peanuts more than i wanted to educate myself at the time.